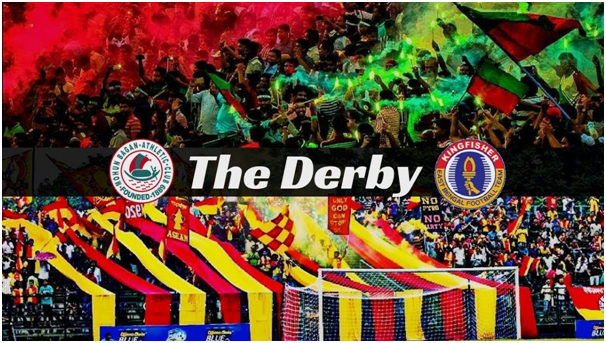 Kolkata Derby commonly known as Boro match (or ‘Big Match’ in Bengali), is the football match between Mohun Bagan and East Bengal. The rivalry between these two teams is almost 100 years old, and features in the FIFA s classic derby list. The matches witness large audience attendance and rivalry between patrons. It is considered to be one of, if not the biggest Asian footballing rivalry.

The two clubs currently meet at least 3 times a year, twice in the I-League and once in the Calcutta Football League. Often these two clubs meet in other competitions like the Federation Cup the IFA Shield, the Durand Cup etc.

Both teams have huge and dedicated fan bases around the world. Both clubs represent a specific class of Bengali people, Mohun Bagan represents people existing in the western part of Bengal  while East Bengal is primarily supported by people hailing from the eastern part of pre-independence Bengal province.

According to wikipedia this derby is very similar to the Scottish Professional Football League‘s Old Firm derby, since a majority of the Mohun Bagan supporters represent the ‘nativist’ population similar to Rangers  and a majority of the East Bengal fans represent the ‘immigrant’ population similar to Celtic. However, many people having Bangladeshi origin also support Mohun Bagan. Similarly, some people of Bengali (West Bengal) origin support East Bengal.

On Sunday December 16th 2018 lacs of fans gathered at the city’s Salt Lake Stadium for the latest instalment of the ‘Boro Derby’, as East Bengal took on Mohun Bagan. BBC reports that this was the 366th meeting of the sides and has been played 134 more times than the Merseyside derby which is regarded as the game’s spiritual home in a country of 1.3 billion people. 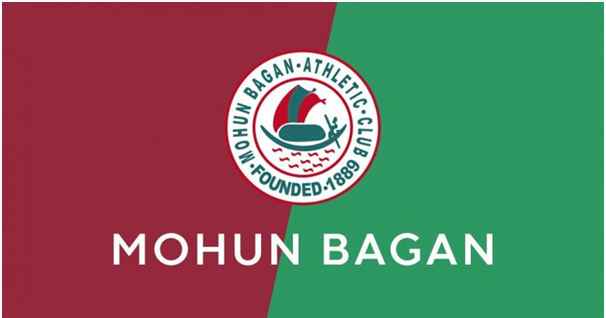 Mohun Bagan, founded in 1889, are one of the oldest football clubs in Asia. Their landmark victory while playing barefoot over the East Yorkshire Regiment in 1911 was the first time a local club had defeated a European one, ending years of British dominance in the early stages of the game in India.

This victory is considered a key event in India’s fight for independence, so much so that the anniversary of the game on 29 July is recognised annually as ‘Mohun Bagan Day’. The rivalry was born in 1920, when East Bengal were founded by a frustrated chief executive of Mohun Bagan. Complaining that his team chose not to select a star player for a big game, he decided to start a rival club in the same city, taking the player with him and forming East Bengal.

Like so many classic city rivalries, the derby’s lasting significance is rooted in the battle lines drawn off the pitch between the sides since their first meeting in 1925. The city’s native population has tended to follow Mohun Bagan, with its immigrant communities from the eastern side (modern-day Bangladesh) opting for East Bengal.

This social and political rivalry is at the derby’s heart, dividing the Bengali football population into either the green and maroon of Mohun Bagan or the yellow and red of East Bengal.

Ninety seven years later, the ‘Boro has created its fair share of history. Most notably, it holds the record for the highest attended sports fixture in India, with more than 130,000 people watching the 1997 derby, a 4-1 win for East Bengal. Bhaichung Bhutia,the only Indian to have played football in England, scored a hat-trick that day. He is the top scorer in the history of the derby with 19 goals, and has notoriously played for both teams during his career. 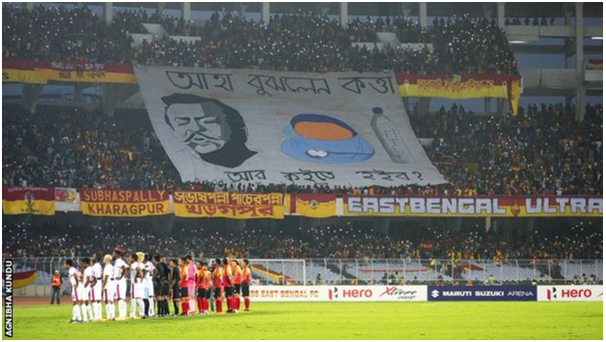 Mohun Bagan and East Bengal play in India’s I-League, the older and more traditional of the nation’s two top-flight football divisions. With both teams in the bottom half of the table, this particular meeting was all about local pride. The derby presents the chance for the fans to compete as well as the players, with the historic identity and class differences taking centre stage. mThese two teams are the backbone of Indian football historically, and these games still get more headlines and media coverage than anything else.

On the match day fans fill the streets, bringing an unplanned halt the city life.  The colours of the two teams became increasingly visible, flags held aloft by groups of supporters or fluttered from car windows. Street traders can be seen with painted faces and sold replica shirts as fans shuffled towards the colossal Salt Lake Stadium, with a ticket of 300 Rupees.

East Bengal’s Ultras completed their signature procession, with hundreds of fans marching down the main road in a haze of smoke and drums. The streets became unofficially closed, traffic stopping and residents gathering to witness the colourful display. Despite a spirited Mohun Bagan fightback, East Bengal held on for a 3-2 win. It was their first triumph in seven derby matches spanning 33 months, and the celebrations that followed lasted long into the Kolkata night. (with inputs from BBC Sports) 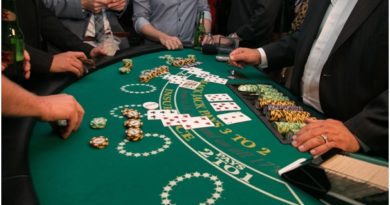 How To Shuffle A Pack Of Cards In Blackjack? 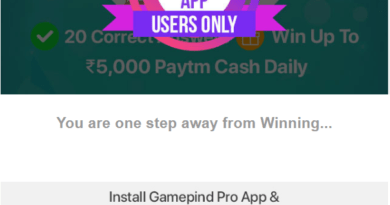 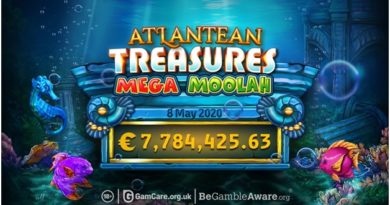